When you book with an account, you will be able to track your payment status, track the confirmation and you can also rate the tour after you finished the tour.
Sign Up
5115

We are there for you! If you have any questions, then please don’t hesitate to contact us 24/7 and we will get back to you latest within 12 hours!

Why Travel With Us?

All of our tours can be customized as per your travel plan, places of interest, date of travel, budget. Please contact our travel specialists for all the details.
Customize Now

Bhutan, Nepal & Tibet Tour is the complete tour with staying at luxury hotels in Nepal, Bhutan and Tibet. Initially the Bhutan Nepal Tibet tour begins from Bhutan with arriving at the Paro International Airport. Then drive towards the tiny capital- Thimphu. Enjoy Thimphu’s many cultural attractions visiting Buddhist monasteries, shrines, Stupas. The prime highlights of Thimphu is the King’s Memorial Chorten, Buddha’s Point, Folk Heritage Museum, National Institute of Traditional Medicine. Bhutan Nepal Tibet travel then proceeds to Punakha passing over the Dochula pass at 3,140 meters. The pass commands spectacular panorama of the eastern Himalayas in a clear day. En-route hike to Chimi Lhakhang located amid rice fields. Visit the impressive Punakha Dzong at Punakha and return back to Paro for another popular hike to the Taktsang Monastery ‘Tiger’s Nest’.

The final segment of the Nepal Bhutan Tibet tour packages is Tibet. You will fly to Lhasa from Kathmandu where tour continues in the city of Lhasa. Lhasa holds age old monasteries, palaces reflecting Buddhist culture and traditions. In Lhasa visit the Potala palace, Jokhang Temple, Norbulinka, Sera Monastery, Drepung Monastery. Eventually the tour ends in Lhasa the flying back to your onward destination. Bhutan, Nepal & Tibet Tour is the best of what the three Himalayan nations offer.

Bhutan, Nepal & Tibet tour is visiting the three countries tucked high up in the Himalayas. Bhutan with it’s untouched natural beauty, Nepal with great Himalayas and Tibet with the ancient city of Lhasa will give full insight of the diverse culture, tradition, religion and history of these countries and witnessing different sights and sounds all in one journey.

Upon arrival, you will be met by our representatives and drive to Thimphu which takes an hour. Check-in hotel in Thimphu and the rest of the time is sightseeing around Thimphu visiting the prime locations like Buddha’s Point, Takin Preserve, Tashichoe Dzong, King’s Memorial Chorten, Centenary Market, the new authentic craft bazaar, Folk heritage museum etc.
Overnight at Hotel in Thimphu.

After breakfast drive to Punakha for about 3 hours. Crossing over Dochula pass (3100m) which commands great mountain panorama of the eastern Himalayas in a clear day. Coming closer to Punakha Valley, you will go for a hike to Chimi Lhakhang dedicated to Drukpa Kunley. It’s located amid rice fields atop hill and also known as fertility temple. Check-in hotel in Punakha. Afternoon: Visit the impressive Punakha Dzong situated at the confluence of Pho chu ‘Male river’ and Mo chu ‘Female river.
Overnight at Hotel in Punakha.

Drive back to Paro tracing the same route via Dochula pass. Check-in hotel in Paro. Later on visit the Paro Rinpung Dzong also known as ’the fortress of the heap of jewels’. A quick descend arrives at the covered cantilever bridge marked with giant stupas.
Overnight at Hotel in Paro.

Early in the morning, hike to the ever popular Taktsang Monastery ‘Tiger’s Nest’ outskirts of Paro town. It’s believed that in the 8th century Guru Padmasambhava came here in a flying tigress and meditated here. It will take about 2 hours hiking up for an active hiker after when a dramatic view of the monastery can be seen. Later on visit, Kiychu Lhakhang, one of the oldest temple in Bhutan. Then back to Paro town for overnight stay.
Overnight at Hotel in Paro.

Today, transfer to the Paro International Airport and bid farewell to the Dragon Kingdom then fly towards Kathmandu. En-route flight you will cross over world’s highest mountains including Mt. Everest. Upon arrival, you will be met by our representatives then drive to your hotel. PM: Sightseeing around Kathmandu.
Overnight at Hotel in Kathmandu.

After breakfast, drive or flight to Pokhara. If drove overland, you will pass along small towns, rivers, tea shops, farmlands etc and takes about 5-6 hours of to reach Pokhara from Kathmandu. By flight it takes about 25 minutes. Upon reaching check-in hotel in Pokhara.
Overnight at Hotel in Pokhara.

Today, wake up early in the morning and drive to Sarangkot. Sarangkot is the Himalayan vantage point and early morning sunrise over the Himalayas is spectacular. One can witness Annapurna range, Mt. Fishtail from it’s point. Then return back to hotel. Later on visit several interesting locations in Pokhara like Bindabasini Temple, Seti River Gorge, Davis Falls, Gupteshwor Cave – the longest cave in south Asia and many more. Also visit World Peace Stupa just above the Fewa Lake atop hill providing great view of the Fewa lake and the Pokhara Valley. Evening is spent with boating at the Fewa Lake and around lakeside area where numerous restaurants, cafes are located.
Overnight at Hotel in Pokhara.

After breakfast, drive to Chitwan from Pokhara which takes about 5-6 hours. There’s an option of flight too which is just 15-20 minutes fight. Upon reaching Chitwan, check-in hotel/resort. Later on village tour of the Tharu community, the elephant breeding centre. Evening: Tharu Cultural program.
Overnight at Hotel/Resort in Chitwan.

Drive or flight back to Kathmandu. Overland drive will take about 5-6 hours and by flight is 20 minutes. Upon arrival in Pokhara, check-in hotel. PM: At leisure/Free for shopping.
Overnight at Hotel in Kathmandu.

In the morning fly to the capital city of Tibet ‘Lhasa’. Lhasa is located at 3,650 meters and at the north banks of Kiychu River. In Tibetan ‘Lhasa’ means the place of gods and it’s also used to be the residence of Dalai Lama. Upon arrival at the airport, you will be met by our representatives’ then drive towards Lhasa and check-in hotel. Rest of the day is spent at hotel resting/to acclimatize.
Overnight at Hotel in Lhasa.

After breakfast is the sightseeing around Lhasa with visiting several popular locations like Potala palace, Norbulinka. Potala palace is located atop hill by the first foremost King Songtsen Gompo. Norbulinka covers an area of 360000 sq. m. and meaning ‘treasure park’; it is considered to be the biggest man made garden in Tibet. Later on return back to hotel.
Overnight at Hotel in Lhasa.

Today begins sightseeing visiting Sera Monastery, Jokhang Temple, Barkhor Market. Sera Monastery is about 5 km north of Lhasa and the monastery is one of the beautiful one in Lhasa. Once, more than 5,000 monks used to reside in this monastery. Jokhang Temple is located at the heart of old Lhasa. The temple houses Tibet’s most precious religious relics. Close by is the Barkhor Market place is the religious and social focus of Lhasa. Afterwards, back to hotel.
Overnight at Hotel in Lhasa.

Your three national luxury tour ends at Lhasa today and we shall transfer you back to the airport for your onward flight. 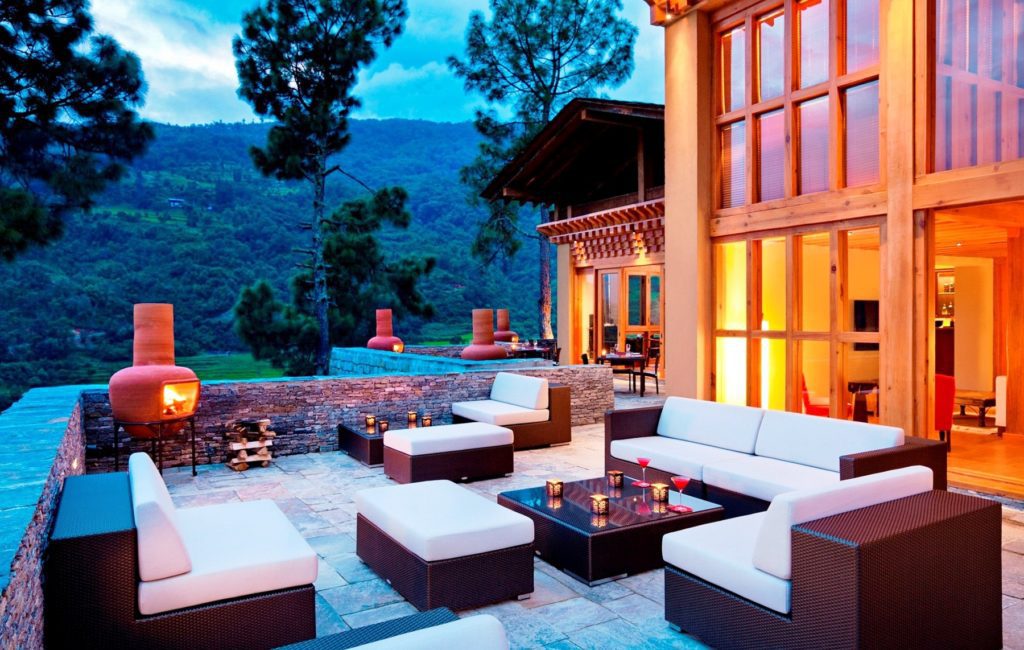 Availability : Round the year
0 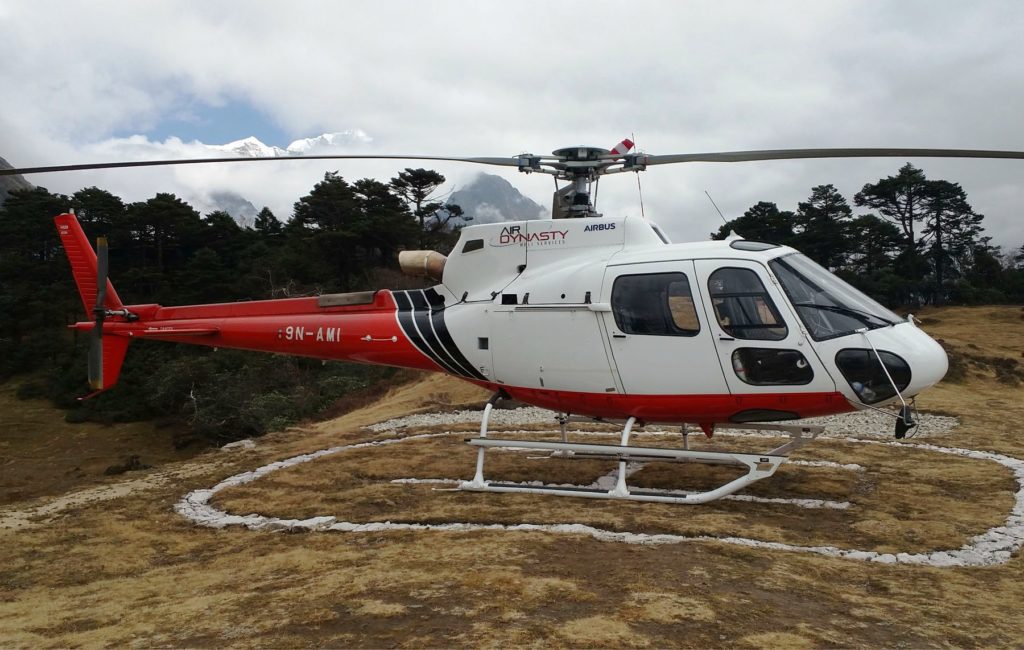 EBC trek fly out by helicopter